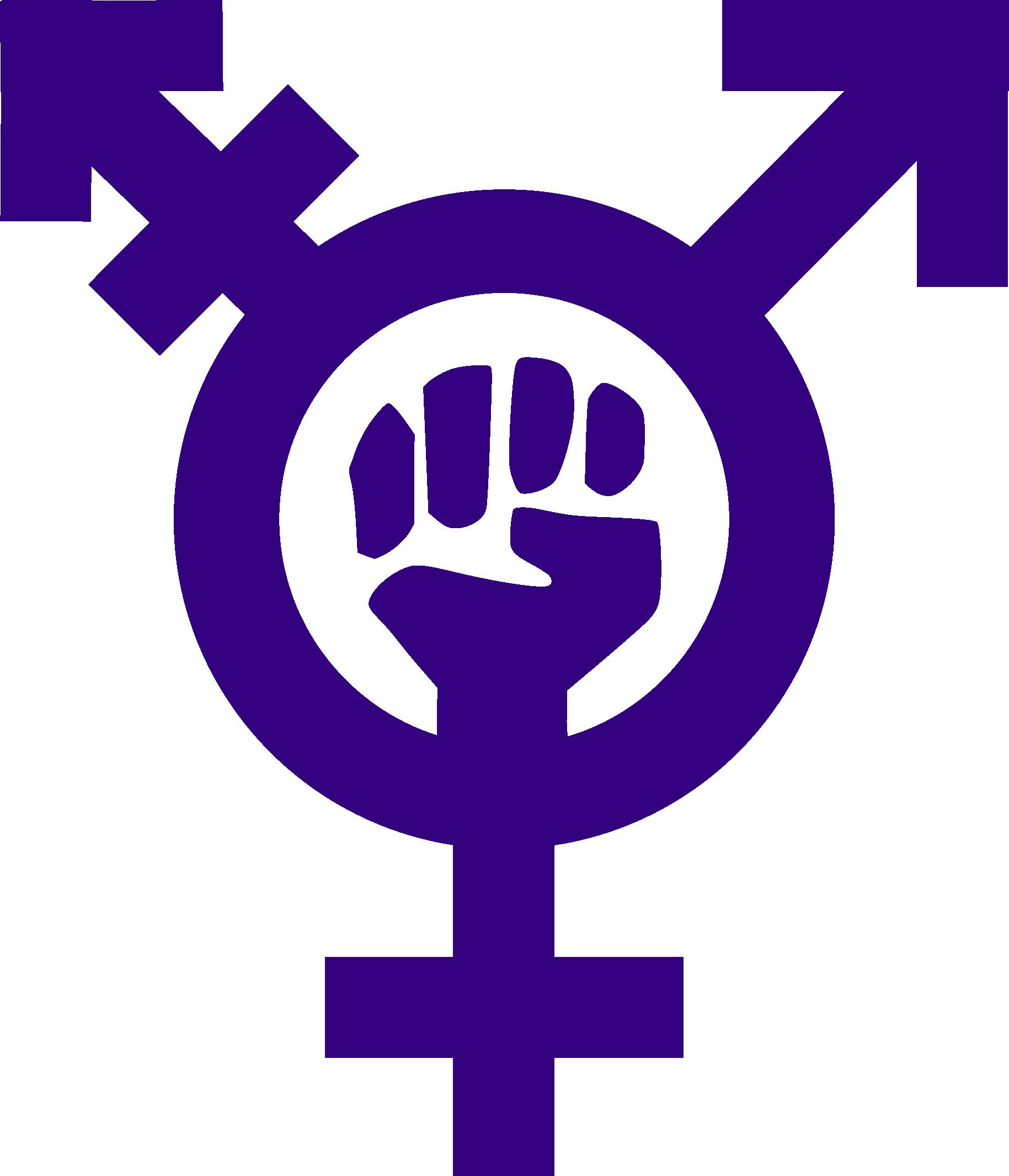 This is a text from a collection of texts from the „Women* Squat Athens“ which was squatted in Athens in early 2016 by a changing group of women* from the Anarchist, Queer and Feminist Movement. The text considers the question of „what is political“ within the context of squatting.

It may seem cliché, but, as a matter of fact, when we gather at the women space, we actually drink coffee and tea, and eat marmalade. This „women“ atmosphere – cling clang of the cups and spoons, little talks that disturbs the main conversation, laughs – has been critized by some comrades visiting the meeting. They acknowledged that it wasn‘t quite their cup of tea… The problem is that, most of the time, this problematic is not presented as a matter of taste: those critics underline that the atmosphere of our meetings is the sign of a political “unseriousness”.

We do nothing: we just talk, chat, gossip.

There is no consensus among the members of the assembly of the women space on this specific matter, something also that we don’t act enough, or that the project housing immigrant women is not itself enough as a political action, some got bored with the writing of the text, or with some disorganisation that we are suffering of, etc. To make it absolutely clear, we are not perfect, and it is for the best that we consider ourselves in perpetual construction.

The idea of this text is to open the subject of “what is political or not” through the perspective of the non-mixed assembly we experienced inside the housing immigrant project of the women space, which is itself part of the squat. A first observation can be that the criteria of “political seriousness” seems related to some kind of “masculine” job (actions, defense/ attack). We heard that immigrant women are not capable of defending the squat, and that is the reason why the women*space shouldn’t expand. This naive sexist assumption is somehow linked to critics and statements that has been done from the inside of our assembly, and to a wider problematic concerning the immigrants we decided to share our living with: since they don’t come from the same background, and even since they don’t have the same political stances (wanting to cross borders, find a job, send money to one’s family is a political speech also), how can we pretend to act together, according to our way? Shall we turn the immigrant subject into a politicized anarchist insurrectionalist? Or is it about crossing our paths and sharing what we have in common, in order to act together?

Solidarity and the emergence of a fucked-up social situation took us by surprise, it makes sense to help people in need with the means we have: squatting, collective living, expropriation and recycling of goods, self-organization. Through our practices, and by sharing our way of life, we aimed at building a different kind of relationship with immigrants. But it looks like we want something in return. Quickly, the organisation of the squat seemed not so self-organized after all, and we had to push “them” to participate (by threatening some of being kicked out for example). This way, an informal hierarchy grew, that put us in the position of wanting something from them.

We cannot deny that there is us and them. Some are using the expression “political consciousness”, as if being conscious politically meant agreeing with us. The relation of power is there: we brought them here, under a roof, while they had nothing. Furthermore, we end doing most of the work in the house… They could at least repay us by some political consciousness!

If we focus back on the women space and the Anarcha-feminist view, those problematics are kind of reproduced genderwise. The “political consciousness” of women is doubly put in question. From the outside, because immigrant singel women are considered as less capable of doing a job they are asked to do (in matter of defense and attack). From the inside, because we feel the difficulty in practicing anarcha-feminism together with them. This second part is a of a major interest because it sets again precisely the question of “what is political or not”. What are we sharing with the women of the women space if they don’t participate to our assembly and actions and if they don’t share our views? Is this relation political?

The object of A-feminism requires, among others, another kind of action: introspection, self-criticism. The enemy is inside and the weapon cannot be only direct action. Actually doing politics in this way cannot be reduced to attacking the enemy in the outside world. There is also a great work to do inside each of us. When we consider that living together, talking, taking care of each other is not political, we reproduce in some way a kind of hierarchy: not between people but between different ways to act. Attacking is more valued than taking care/ producing a coherent rational speech is more valuable than observing how the other affects us and how we affect them and putting oneself into question. Here, we can make the hypothesis that this hierarchy results from gender valuation: “masculine”’s characteristics are better. Looking back at the critics against the meetings of the women space, we can consider it as a manifestation of this gender valuation. Moreover, if we consider the infinite use of speech that represent the practice of assembly: the action of talking in itself is not the problem. It is more about how we speak. That’s why I propose to deal with this issue as a matter of aesthetics.

Women organizing together are performing intuitively the falseness of one way of thinking politics. I say intuitively because it looks at first that there is “no justification” to organize amongst women but the actual feeling that something different is happening in those conditions. The experience of the women’s assembly, because it is separated, because it looks unfair, secret, private, creates its own aesthethical codes: talking about important subjects and making jokes, not being afraid to be misunderstood or talk in a blurry way, changing opinions together rather than being convinced by a really good speech. Not being afraid to cross the personal/ political line in between subjects. Trying to avoid enunciations of principles: always putting everything into question.

Also, it is about the tone of the voices, the way we sit, we stand, look at each other. Everything is different from the “normal” assemblies. It is rather obvious and somehow inexplicable. Although we considered this fact, we couldn’t really articulate our speeches, at first, in an alternative way. Maybe because speaking true, “speaking political” is speaking the masculine way (i.e. the universalist way). Our practice doesn’t have a place in this rhetoric: we cannot legislate out of our exceptionality. We have to create meanings. An aesthetic of politics that precisely consist in thinking the atypical.

If we consider the overrating of a masculine way to do politics, there is a necessity to feel and define the difference in between women’s assembly and mixed assemblies in the context of, let’s say, the anarchist milieu in Exarchia. We can relate this formal difference to the general concept of sexual difference, as a formulation of the intuition given by non-mixed assemblies. The sexual difference says the obvious, still negated for some reason: there can’t be such thing as equality – neither between men and women, nor between women, or between men – and there is no point trying to get it, even as an utopian aim. There is just difference. Facing and enjoying this difference rather than disposing it, is a first step to enter to a new way of making politics. This way, talking about a masculine way and a feminine way is not about reflecting the essence of each gender, but trying to break with the myth of equality.

If we further in the analysis of the logic of quality, we can use first the fact that equality is the automatic answer we give to hierarchy. Against authority, we shall go for more equality. But this overrating of equality is function of a hierarchical way to understand politics. Again, equality belongs to the ”masculine way”, in the sense that it carries with it the negation of difference. The way women understand that they don’t want to be equals of men makes us realize that we shall overcome the dichotomy of hierarchy/ equality. Actually, this alternative is a fake one, since informal hierarchy is actually produced by the demand of equality. The tools we use to initiate equality: rules and bureaucratic organization makes us forget the difference as well as the informal hierarchy.

In this space, the feminine perspective – which is not only a women’s practice – can be useful, but since it is not considered political, no credit is given to it. In an assembly, we shouldn’t speak to the person but to the “political subject”, we should be reasonable, structured, we shouldn’t have emotions. But it is rather obvious that the speech we have in assemblies are more motivated by feelings that rationality.

That’s why we should put ourselves in the situation of practicing another kind of assembly, that is, feminine assembly, and put into question our perception of politics, our practice of it, and the valuation underlined by them. This experience has been done in another space and was quite enjoyable. So let’s meet in the terrace someday, drink coffee, eat marmalade, and cut the crap!